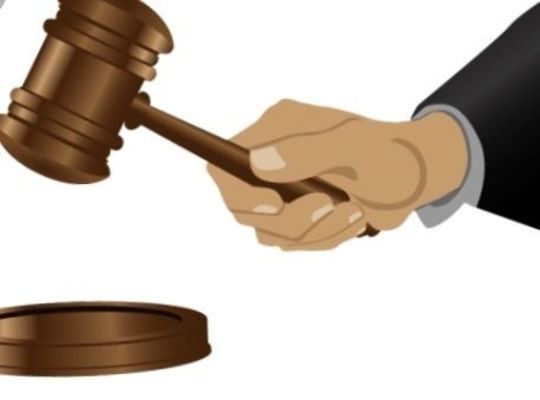 The Commonwealth of Kentucky Court of Appeals has issued an opinion "Reversing and Remanding" a case decision from Fulton Circuit Court Judge Timothy A. Langford, Buck's Enterprises, Inc., D/B/A Buck's Party Mark vs. City of Fulton.

Rendered May 24, the Opinion Reversing and Remanding, the document No. 2018-CA-000757-MR, before Court of Appeals Judges Dixon, Lambert and L. Thompson states "we must hold that the circuit court erred as a matter of law in upholding the ordinance because the City of Fulton failed to follow the statutory requirements set forth in Kentucky Revised Statute 243.075(4) when it set the rate" in association with the city enacting by Ordinance 2015-04, a 5% regulatory license fee on the sale of alcoholic beverages within the city.

"This matter involves the interpretation and application of Kentucky Revised Statutes 243.075(4). Because we agree with Buck's that the circuit court erroneously upheld the ordinance, we reverse," the document states.

"The City of Fulton is considering our options for appeal at this time," said City Manager Mike Gunn on Monday.

Buck's Enterprises, Inc., appealed from the April 17, 2018 findings of fact, conclusions of law and judgement by the Fulton Circuit Court, alleging the city improperly imposed this fee because it did not meet the KRS requirement, rather it constituted a tax because it added to the overall fiscal year budget by replacing tax revenues that were lost from businesses that left the city, and was not associated with the discontinuance of prohibition.

Buck's sought a declaration the ordinance was null and void, and a permanent injunction prohibiting the city from collecting further fees under its authority.

The city denied the allegations in the complaint, sought to dismiss the lawsuit and requested a declaration the Ordinance 2015-04 was valid and enforceable.

Buck's argued the license fee was improperly enacted to offset losses to the city's general revenue and did not comply with Kentucky Revised Statute 243.075(4) which requires a city or county to consider the evidence of additional cost of policing, regulation and administration arising from the sale of alcoholic beverages in the fiscal year immediately prior to determine the appropriate rate for the fee.

The City of Fulton argued no discovery had been taken at that time and that it expected to file evidence to rebut the allegations made by Buck's it had not followed KRS 243.075.

A bench trial was scheduled for early 2018, with both parties ordered to prepare evidence and present arguments related to the city's later review of the fee in its connection to the repeal of the contested ordinance and the enactment of a new ordinance imposing a new fee.

On April 17, 2018, the circuit court entered its judgement in favor of the City of Fulton, concluding the ordinance was properly enacted and that the rate imposed was reasonable based on limited evidence in its possession when the ordinance was enacted.

The circuit court further determined that because Buck's added the 5% fee to sale transactions, passing it along to customers , Buck's could not allege any harm. Therefore, the court dismissed the case.

On Appeal, Buck's challenged the circuit court's ruling that the ordinance imposed a regulatory license fee pursuant to KRS 243.075, rather than a revenue raising tax and specifically disputed its reliance on subsequently collected data to justify the 2015 ordinance.