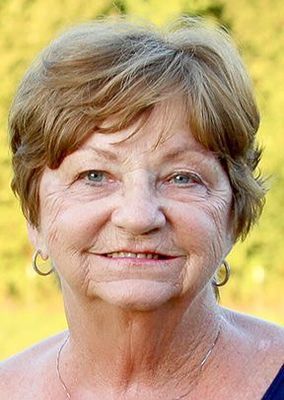 Glenda Sue Wade, a resident of South Fulton, died March 1 at her residence. She was 74.

Funeral services were held March 5 at the South Fulton Baptist Church, with Dr. Ron Cox officiating. Burial followed in the Oak Grove Cemetery. Hornbeak Funeral Chapel, of Fulton, was in charge of arrangements.

She was preceded in death by her parents, J.C and Ruby Tibbs Witt; her husband, Brent Wade; and a son, Ward Mark Wade.

Born Feb. 19, 1945 in Weakley County, Tenn., she was a member of the South Fulton Baptist Church and had retired as co-owner along with her late husband, Brent of Twin City Auto Parts. She had lived in this area all of her life.

Memorials may be made to South Fulton Baptist Church-Harvest The Vision, P.O. Box 5258, South Fulton, Tenn. 38257.

Harold Gene Floyd, of Hammond, Ind. and formerly of Clinton, died February 13. He was 89.

He was laid to rest at Chapel Lawn Cemetery in Crown Point, Ind.

Born Dec. 27, 1929 in Clinton, he passionately loved his family. He ended every conversation with “I love you. And, tell the others that I love them too”.

He was a hard-working man and was employed at Republic Steel and retired after 42 years of dedicated service.

He was a man of faith and a long-standing member of Hessville Baptist Church. There he took on many leadership roles such as trustee, drove and maintained the church buses for many years, and was active until his passing.

He was blessed with a memory that was sharp as a tack. He was able to remember details of travels and interactions with people down to small details, recalling locations and experiences with ease.

His life was marked with many friendships, and everyone loved him.

He was a skilled mechanic, constantly working on someone’s car or a project. His hobby was the restoration of his most cherished Ford Model A and his John Deere Model B tractor.

Mattie (Brown) McClerkin, a resident of Union City, Tenn. and formerly of Hickman, died Feb. 25 at the Obion County Nursing Home, She was 91.

Lawrence “Cap” Bill Everett, a resident of Hickman, died March 1. He was 98.

He is survived by three daughters and a son-in-law, Carolyn Brandon of Union City, Tenn., Kay Franco, and Joan and Bob Zimmerman, all of Concord, N.C.; a son and daughter-in-law, David and Amy Everett, of Reelfoot Lake; nine grandchildren and their spouses, Robin Chandler, of South Fulton, Jacquine and Larry Young, of Phoenix, Ariz., Nesha and Mike Coleman, and Craig Inman, all of Concord, Andrea Jackson of Cornelius, N.C., Bill and Emily Oliver, and Wayne and Amy Wilkerson Oliver, all of Charlotte, N.C., Keith and Jill Brasfield of Raleigh, N.C., and Tonya and Butch Estes of Wellington, Fla.; a son-in-law, Jerry Helms, of Marco Island, Fla.; and several great-grandchildren, great-great-grandchildren, nieces and nephews.

He was preceded in death by his parents, Lawrence Breckinridge and Lillie Belle Everett; his wife, Hilda Mae; a daughter, Shirley Helms; an infant son, John Larry Everett; four sisters; and three brothers.

Born April 27, 1920, in Bondurant, Fulton County, he was of the Baptist faith, and worked on the Mississippi River as a tow boat operator, later retiring from the Army Corps of Engineers as a Survey Boat Pilot.

In his spare time, he enjoyed operating heavy equipment, having built a lot of ponds in and around Fulton and Obion counties.

He had been a resident of the Arbors in Union City for several years prior to his passing.

Martha Jane Wall Laine, a resident of Missouri City, Texas, died Dec. 3, at her residence. She was 90.

A private service was held in Texas, and burial followed in Cayce Methodist Church Cemetery.

She is survived by two children, Devon Elizabeth and Julia Lee; three grandchildren; and four great-grandchildren.

She was preceded in death by her parents, Joseph R. and Octavia Barnett Wall; her husband of 56 years, Paul Laine Jr.; one daughter, Patricia Jill; and two brothers, Joe B. Wall, and one infant brother.