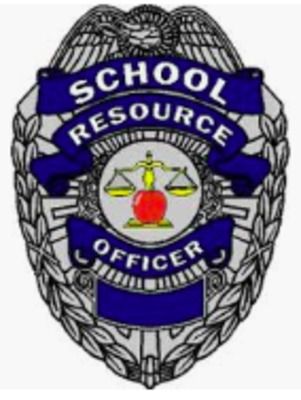 With the approval of an Amendment to the General Purpose School Fund during the Sept. 5 session of the Obion County Board of Education, and an accompanying resolution for presentation to the County Budget Committee for approval by the Obion County Commission, School Resource Officers will now be present at Hillcrest, Lake Road, Ridgemont, Black Oak and South Fulton Elementary Schools.

A School Resource Officers Grant in the amount of $175,000 will assist with the funding of the new officers, with Jonathan Reyna and David Lamb, already serving as SRO’s at Obion County Central and South Fulton Middle/High School, respectively.

The new officers are expected to be on the job Sept. 16-17 for training, and in schools Sept. 18.

Funding for the SRO’s was facilitated by the grant, as well as local funding, with school administration, Obion County Sheriff’s Department and the Obion County Commission partnering to facilitate the placement of officers at each school.

Fritz Fussell was re-elected Chair of the Obion County School Board during board session Sept. 5 at Black Oak School, with Brian Rainey elected Vice-Chair and Keisha Hooper, Chair Pro-tem.

A Leave of Absence was listed for Jan McGeger, seventh grade English/Language Arts Teacher at Ridgemont.

A number of amendments to Board Policy were approved, for the second and final reading, as recommended by Director of School Dr. Tim Watkins, including 1.406, regarding the update to clarify board minutes are not required to be mailed; 1.804, to define “unauthorized drugs”;2.403, raising the threshold for items which may be declared as surplus; 2.601, allowing district employees to raise funds for noneducational purposes; 3.202, to require AED’s at all schools; and 4.605, to require students pass a civics exam in order to graduate.

Other amendments approved for second and final reading were 4.700, requiring LEAs make interest inventories available to students in either middle school or ninth grade, and LEAs to administer a career aptitude assessment to students in grades seven or eight; 6.200, updating the alternate version of model policy 6.200, to include optional provisions boards may choose to add to their policy for released time courses once per week, once per day, and provisions regarding how credit for these courses may be awarded; and 6.308, regarding the establishment of a process to allow parents to view photographs or video footage collected from cameras on school buses.

A new Board Policy, 6.506 Students from Military Families, was adopted to house various provisions that apply to student from military families, and applies to students who are a dependent child of a service member relocated on military orders, who will be a resident of the school district, with the school board to establish the amount of time within which the student must provide proof of residency.

Rates and Fees for the Grant and Fee Based After School Programs were approved, for Hillcrest, Lake Road, Ridgemont, Black Oak and South Fulton Elementary, at $3, until 3:45 p.m., $4 until 4:30 p.m., $5 until 5:30 p.m. and $1.50 in the mornings. If a student attends the after school program in the morning, as well as afternoon, they only pay for the afternoon fee.

Parents are only charged for the first two children who attend and may pay daily, weekly or bimonthly.

A bid from Cumberland Dealership in the amount of $87,740 per bus was approved for the purchase of a bus, a 78 passenger conventional engine, diesel, 250 hp, for three buses.

An amendment to the role of Board of Education policy was approved, which lists specific legal responsibilities in each of the areas relating to those who are elected to the Board, including General, Fiscal, Instruction and Students and Personnel.

Also relating to board members, the amendment to board policy pertaining to Duties of Board Members, was approved, which references board members’ oath, participation in state mandated board training, compliance with open meetings law and authority to make decisions at official board meetings only; the understanding information received by board members could be confidential per state or federal law and can not be shared; adherence to Boardsmanship Code of Conduct; and adherence to Obion County Board of Education Code of Ethics.