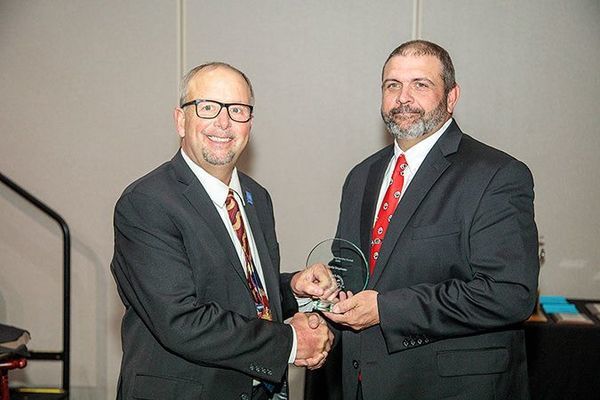 KSA is a grassroots organization that represents members from across the Commonwealth in the area of policy. Keeping a strong voice in Frankfort and in Washington D.C. is extremely important, but at the same time recruiting members is often one of the toughest jobs for a KSA director. His year’s Top Recruiter Award was earned by Caleb Ragland of Magnolia. In addition to his service as a KSA Director, Ragland serves on the American Soybean Board and sees how vitally important representation at the national level is for Kentucky’s soybean farmers.

He received the Eddie Voils Leadership award for 2011, and was elected to represent Kentucky at the national level on the American Soybean Association Board in 2012. He has served in a number of capacities there, and just recently completed his ASA presidency under some admittedly trying times. He’s spent days on the Hill and he’s been to China and to the White House, working tirelessly on behalf of his fellow soybean farmers.

Stephens has always said “I am a farmer first,” but looking at his calendar the past couple of years and adding up all the days he’s been away from home and his farming operation on ASA related business, it is clear that he’s equally a servant leader.

The Kentucky Commodity Conference is the annual meeting of soybean, corn and small grain growers in the state. For more information on soybean farming in Kentucky, visit www.kysoy.org.