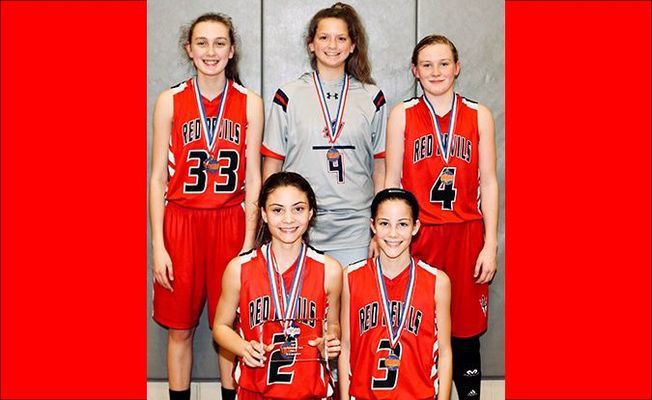 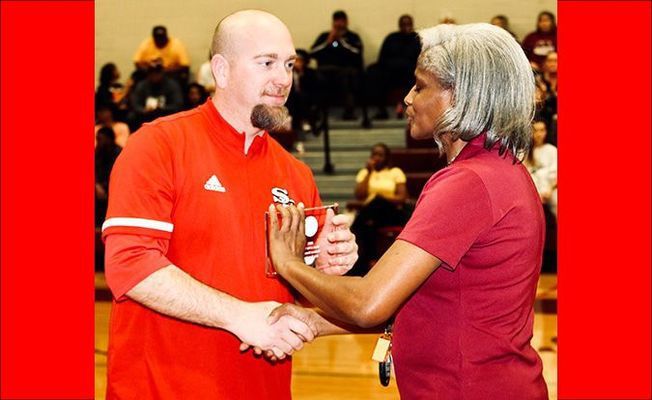 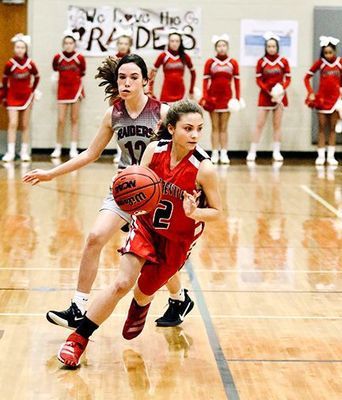 LADY RED DEVIL ON THE RUN – South Fulton Middle School’s Aubree Gore outruns and outguns a sectional tournament opponent, with a win assuring her team of a state tournament appearance this Friday. (Photo by Jake Clapper) 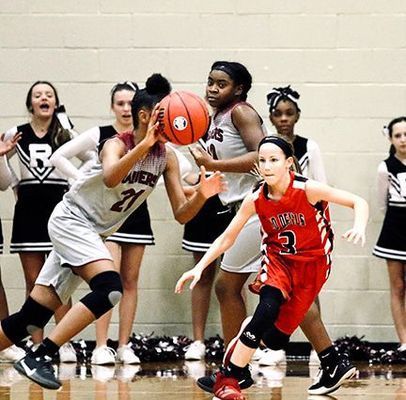 Looking back to the sectional championship game Monday night, South Fulton Middle School Lady Red Devils Head Coach Jeremy McFarland said, “There were many key players, all five starters really. Abbi McFarland and Addysen Wilson helped in the paint pretty well against much larger and stronger girls and Maddie Gray, Anna and Aubree Gore applied the pressure we needed out front to harass their guards and make them uncomfortable. Abbi and Anna knocking down some 3s tonight helped spread the zone out and give us gaps to drive to the basket.”

The Lady Red Devils will now travel to the Murfreesboro, Tenn. area Feb. 14, to compete in the Tennessee Middle School Athletic Association, TMSAA Class A state tournament against Bulls Gap at 5:45 p.m.

The game will be played at Stewart’s Creek Middle School, 400 Red Hawk Blvd. in Smyrna, Tenn.

Coach McFarland, when asked about what has brought his team this far, responded, “Our work ethic. There have been many nights when we weren’t the most athletic, biggest, or most talented team but have found ways to outwork our opponent and get the job done. The fact that these girls are great teammates and have great chemistry gives us a chance every night.”

Coach McFarland sees his biggest challenge his team will face going into this tournament is, “Going into an unfamiliar gym and playing an unfamiliar opponent, but that’s always a challenge.”

Coach McFarland said his approach going into this Friday’s tournament would be simple.

“We are just going to try to do the little things that got us here. Being disciplined and taking care of the ball, playing unselfish, and playing hard-nosed defense,” he said.