McKnight hired as Hickman’s Police Chief; appointments made to HRTCC 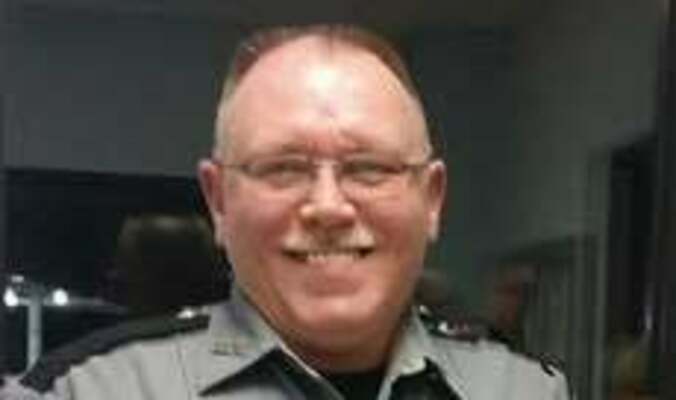 A committee consisting of Richard Holloway, Robert Griggs, and Hickman City Manager David Gallagher conducted interviews for candidates for the position of Hickman Chief of Police and they recommended the hiring of McKnight.

Michael Apperson, Alliance Water Resources (AWR) representative, provided an update to the Commission, reporting treatment of an average of 429,013 gallons of water per day in July for a total of 13,299,400 gallons.

“ We are down on the daily average and contribute that to finding the water leaks and repairing them and our operating hours continue to decrease,” Apperson said.

According to Apperson, the wastewater plant project is ongoing and there are several issues that continue to prevent the plant from operating as intended. He reported there are electric issues at the wastewater treatment plant affecting every part of the plant.

“ When the electric flickers, it trips the equipment and we have to go and manually reset. This causes the samplers to go out. I don’t know how to prevent surges, but we need to. Also, the scum troughs and return activated sludge/waste activated sludge pumps need to be addressed as soon as possible,” Apperson said.

Following discussion with the Commissioners, AWR will contact the electric provider to see if they can determine what is causing the electrical surges.

John Amberg, Public Works director, reported leaks are holding steady, and Reveal is working in another town, repairing leaks, with plans to return when possible to locate other potential leaks.

“The Public Service came and found technical paperwork errors, which we can correct. We are still trying to find a dump truck, but not having any luck at the moment,” Amberg said.

Mayor Carlton said, “ Everything is looking good around town. The grass is growing, following the rains, and the City has a team working as hard as they can to get it mowed. We appreciate their efforts.”

City Manager Gallagher, in providing a Police Department update, reported two officers at training this week and the school wants to talk to the city about the SRO (School Resource Officer).

The Commissioner voted to hire Jacob Morris, former Fulton Firefighter, as a Hickman Firefighter. Morris has 150 hours of training and is certified.

Connor Seth Gascoigne was hired by the Commission as a full-time Public Works employee.

“He wants to stay and I would like to keep him and also possibly offer some incentives to keep him,” Amberg said.

In the City Manager’s report Gallagher said the Filter Media Project is scheduled to start next week, with supplies on track to begin arriving this week.

“Union City Paving representatives will come and look at the streets on our list and advise us as to how far we can go with the repaving of the streets,” Gallagher continued.

“The auger will need to be replaced and the company will need our assistance. I will also be contacting those who submitted bids for the clearwells,” Gallagher said.

During Commissioners Comments, Gannon shared that he had received two letters of resignation, and two possible appointments for the Hickman Recreation Tourism Convention Commission (HRTCC).

Commissioners voted to accept the resignations of HRTCCO Chairman Derek Goodson, and Treasurer and member Brook Cermak, with Cermak indicating she would like to assist with the Spring time events.

“We have one member who is unable to attend our meetings. How do we replace that individual?” Gannon asked.

City Attorney Leanna Wilkerson recommended referring to the organization’s bylaws as to what would be required.

Commissioners voted to appoint Jamessycah Alexander and Kenny Vowell to the HRTCC Board.

“He has served 43 years, with 23 of those years as the Chief. I wish him well and thank him for his service,” Griggs said.

FOUR RIVERS STUDENTS OF THE MONTH