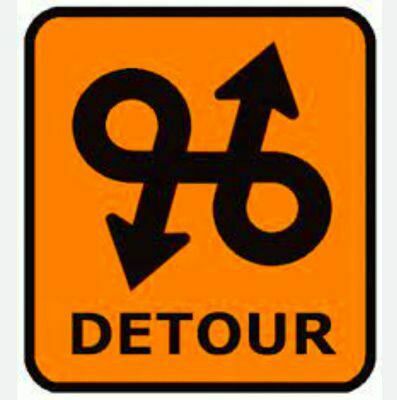 KEN-TENN HWY. DETOUR TO BE REROUTED FOR LARGE TRUCKS

During the Monday morning session of the Obion County Commission, County Mayor Steve Carr updated the members of the Commission, as well as the public present, regarding his efforts in addressing the high traffic issues arising from the Tennessee Department of Transportation, TDOT detour off the four-lane, north from Union City, onto Ken-Tenn Highway.

Carr reported after numerous calls to his office from motorists about safety hazards associated with the two-lane Ken-Tenn highway, especially with high traffic from large trucks, since the detour has been initiated, and a number of contacts made by him as well as Rep. Rusty Grills, to the Tennessee Highway Patrol and TDOT, he had spoken with the TDOT District representative Mike Welch Nov. 18, who agreed to re-route the detour for large trucks, onto Hwy. 22, toward Martin, Tenn., instead of Ken-Tenn Highway.

Carr noted with the upcoming holiday, the signage to display the re-routed detour for trucks would most likely not be installed until next week, however in the onset, he said it could take some time for trucks to be alerted to the change.

For the full story of the Nov. 21 Obion County Commission meeting, see the Nov. 30 edition of The Current.