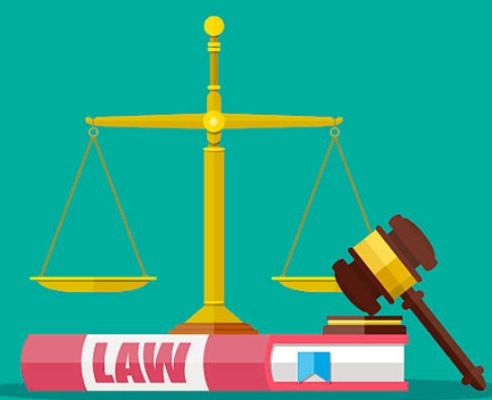 Among items discussed at tonight's regular session of the South Fulton City Commission, was information provided by City Attorney Kirk Moore, to Mayor David Lamb, Commissioners Billy Williams, Terry Taylor, Beatrice Wilcox and Tommy Pruett, which resulted in the approval of a $3,000 retainer to be paid to a Paducah, Ky. law firm, to represent the city in a matter involving a former city manager and an attempt to draw unemployment funds.

Moore, who said he customarily follows the chain of command and has made city manager Johnny aware of the matter since May, informed the officials correspondence was received from the State of Kentucky, notifying the city former city manager James Gray had applied for unemployment pay, with the Kentucky Unemployment Division.

Moore said in late May, he contacted the Kentucky state office in Frankfort and spoke with a representative of the division, explaining perhaps there was an error in the filing, as South Fulton was located in Tennessee, and Gray had previously served as Hickman's City Manager, however after his term there, he was on the job in South Fulton for less than a month, when he was relieved of his duties.

Moore said it appeared from the conversation, the city was to receive notice in writing from the Kentucky State division, noting the City of South Fulton had no role in Kentucky's unemployment procedure. Further, with no knowledgeable notification of any hearing, Moore said an initial denial by the city as to any responsibility to pay Gray unemployment, was reversed, seemingly leading to the state of Kentucky re-affirming the city of South Fulton was responsible for the unemployment for Gray. An appeal was scheduled for Aug 19.

Moore told the commission a law firm in Paducah, could subsequently file suit against the Kentucky Unemployment board, to have any responsibility nullified, as it related to the city of South Fulton.

Moore said the retainer would be $3,000, initially for the firm to proceed, payable by Aug. 19.

While the Mayor and Commissioners ultimately approved the retainer, to secure the Paducah firm regarding the unemployment dispute with the state of Kentucky, Commissioner Terry Taylor and Billy Williams expressed concerns regarding the late notice of the matter, given to the officials.

Moore explained to the officials that once the $3,000 retainer funds were exhausted, any further expenditures associated with the process would be first brought before the commission for their approval.

Sandra Bolin, the Director of the Fulton County Senior Citizens centers spoke to the commission, requesting their consideration of contributing to the centers' services provided, reporting more than half of the individuals who regularly utilize the Fulton Senior Citizens center, now located in the former North College Street community center, are residents of South Fulton.

Bolin stated federal funding was cut by approximately $14,000 last year, to the centers only 60% of the centers' operating budget is derived from state funding, with the remainder of needed financial assistance generated through donations and fundraising efforts.

"Are we donating anything now?" Commissioner Taylor asked.

"To my knowledge you never have," said Bolin.

Mayor Lamb explained to Bolin that the city's budget has not yet been drafted, however the commission would give the request consideration.

South Fulton resident Elizabeth Hickman addressed the officials about the possibility of the formation of a group to assist local efforts to spay and neuter animals in the Twin Cities, with a process already in the works by Fulton City Commissioner and city pound volunteer Darcy Linn.

Hickman also asked if an investigation was underway on the Tennessee side, associated with an incident which occurred in Fulton, where cats were found shot, as well as similar findings in a South Fulton location.

"As community leaders, can there be justice for all? Or only money pays for justice? It should not have to do with how much has been contributed to the town's development," Hickman said.

Jay Faulkner was the next to speak to Mayor Lamb, Commissioners Billy Williams, Beatrice Wilcox, Tommy Pruett and Terry Taylor.

"I'm here to ask about the investigation into lost money," Faulkner said.

"I have been given information it has been settled and been turned back over to our city, and the investigation was closed," Faulkner said, adding he had contacted the District Attorney's office and was told by a representative of that office the case had been closed.

"I would have to contact the District Attorney's office to ask about that," Mayor Lamb said, adding he was not aware of any information received from the D.A.'s office by the City Manager or the commission.

"Should that not have come out in the department reports? You all are supposed to understand what's going on....you all are kept in the dark by your departments," Faulkner said.

"If it got back to the police department, they haven't told us, " Mayor Lamb said.

"The lost evidence, $500 lost from the evidence room," Faulkner said.

Mayor Lamb agreed he would contact the District Attorney's office regarding the findings.

Lynn Napier asked the commission if any progress had been made toward the development of a city emergency plan, in the event of a disaster such as an earthquake, tornado or other major incident. She suggested the possibility of a public meeting to provide citizens with procedures to follow in the event of an emergency, with Mayor Lamb agreeing that such a meeting would be beneficial.

"Also, as to the investigation by the Kentucky State Police, I understand all that," Stem said, in reference to the incident of cats found shot in Fulton.

"But what about, if the parties are found guilty in Kentucky, then what?" Stem asked.

"If evidence shows something took place over here, our Police Department will start an investigation, after the Kentucky State Police," Lamb said.

"OK. Because our citizens will not let it be swept under the rug," Stem said.

The last citizen to address the commission was Felicia Lightner, who spoke on behalf of her church, Jacksonville Freewill Baptist Church, at the corner of College Street and Harris Road.

"Clearly you have forgotten us," Lightner said.

She referenced previous requests for the city to take actions to repair portions of the city's property which had been impacted during the construction of a new bridge adjacent to the church property. She said the street was rebuilt two feet higher than previously built and that had in turn caused hardships on the church members, relating to accessibility into the front entrance. She said the two-foot drop had resulted in the church no longer being able to offer the use by members for funeral services, as it related to transporting the deceased from the street through the church doors, as well as a hardship to access the handicap ramp.

"We do appreciate what has been done so far, but we still need relief," Lightner said.

Lightner agreed to meet with Mayor Lamb and City Manager Bacon regarding the matter.

Mayor Lamb directed the city manager to research city or state codes relating to weight limits on city streets, which could apply to large Tyson trucks using roadways to and from the feed mill. Bacon said he and City Recorder Jackie Potter could find no city ordinance stipulating weight limits, but they would research it further, including Tennessee Code Annotated requirements.

The mayor announced recent results from the Tennessee Department of Environment and Conservation's testing of the city's water system, with the system receiving 599 out of 599 points, at 100% for water testing.

"I want to congratulate Cody Reagan of VMS and Nicole Berner, Administrative Assistant, for a job well done," said Mayor Lamb, regarding the water rating.

City Attorney Kirk Moore updated the officials on his research in reference to property which Johnny Lucy had requested the city accept from him, adjacent to Unity Park, in exchange for the city deeding him property adjacent to property he already owns. Moore said he had found that the property Lucy had proposed to deed to the city was actually owned by a corporation, and that corporation has been administratively dissolved, reportedly as the result of failure to file state mandated annual reports.

"So that property may not be legally transferred by Lucy at this time and the matter is at a standstill," Moore said.

Bacon reported he had taken the necessary paperwork to Lucy's office, for him to complete and forward to the state, in order to allow the transfer.

Nicole Berner, who serves as the city's Code Enforcement Officer, reported two structures owned by the city at 109 Oak and 405 Williams had been demolished, with 26 man hours by three men, a construction dumpster and diesel used totaling $2,010 in costs.

Discussion then took place by the Mayor and Commissioners regarding other structures including on a list composed by Berner and the Municipal Planning Commission, for demolition, all in violation of city code.

City Attorney Kirk Moore was asked to review the list of additional structures slated for demolition, to make sure all procedures had been followed to legally begin demolition.

Parks and Recreation Board Chair Felicia Lightner requested the city consider allowing the Fulton Tourism Commission to use Unity Park and the amphitheater stage during September's Banana Festival, at no charge, with the commission unanimously approving the request. Lightner also stated a number of citizens serve on the Parks and Rec Board and assist Parks Director David McDaniel in numerous projects throughout the year.

"Our board members make all of our meetings, sit out in the cold during the Trunk or Treat and work, help stuff Easter eggs and do whatever has to be done. David McDaniel does an excellent job as Director. But, David gets paid, as Parks Director. We all volunteer. I just wanted to make that clear, as to references of how much is done by parks board members," Lightner said.

A $50 annual South Fulton Booster Club membership was approved for the city, by the commission and Commissioner Williams welcomed back South Fulton Police Chief Andy Crocker, following a medical leave.

The next regular session of the South Fulton Commission is Sept. 19 at 5 p.m. All commission meetings are open to the public.