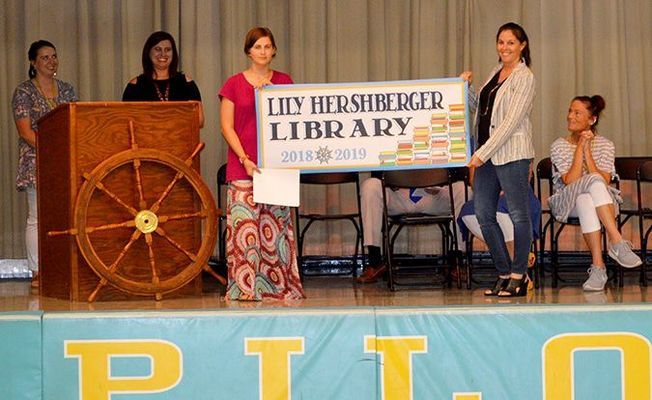 Lily Hershberger, left, has the honor of the Fulton County Elementary/Middle School Library named after her for the upcoming 2019-2020 school year. Ashley Coulson, right, bestows the honor on the individual with the most AR points earned during the current school year. Hershberger was awarded the honor at the Fulton County Middle School Awards held May 29 in the school’s gymnasium. (Photo by Barbara Atwill)