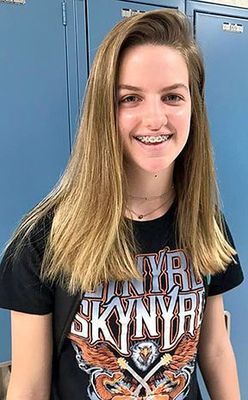 Marlena Sipes has been selected to represent Fulton County High School at the Governor’s Scholars Program (GSP) this summer.

Sipes is a Junior and the daughter of Jason and Kelly Sipes of Hickman.

The Governor’s Scholars Program originated in 1983, the result of Kentucky leaders’ concern that the state’s “best and brightest” were leaving the Commonwealth to pursue educational and career opportunities elsewhere without fully understanding the potential of their talents in Kentucky.

Bellermine University in Louisville, Centre College in Danville, and Morehead State University in Morehead will host the 2019-2021 session cycles, which are competitively determined every three years.

The core curriculum is threefold for the summer sessions including Focus Area, General Studies, and Seminar.

The mission of the GSP is to enhance Kentucky’s next generation of civic and economic leaders. The original class had 230 students housed on one campus and has grown to over 1,000 students on three campuses.